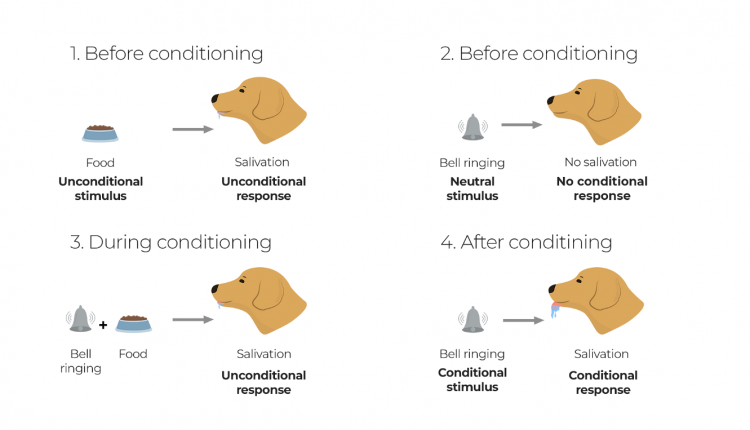 We all know how hard it can be sometimes to get off the couch and exercise.

Even the least creative of minds can come up with some excuse to avoid going for a run. Procrastination is a huge issue in fitness. But many people don’t realize how easy it can be to motivate yourself to go for a run.

What if you could trick your mind into thinking it actually wanted to exercise?

Using simple psychology, you can turn your mind into your very own personal trainer! For free.

Step one is to make a plan. Before you can even start to use psychological conditioning, you need to create a tangible workout schedule. Start with small, attainable goals – such as going for a run every other evening for a week.

You need to write your plan out as a list – and put it somewhere you’ll see every day. This constant reminder that you should be exercising is important to the concept of classical conditioning which we will try to implement into your exercise routine.

Next it’s time to apply the psychological phenomenon of classical conditioning.

So what’s the neutral stimulus in your exercise plan?

The act of going for a run.

In order to achieve effective motivation through classical conditioning, you need to find a stimulus – which already causes a reaction from you – and begin associating it with the act of exercise.

After a while, the same feelings you get NOW when you hear your favourite song will be associated with the act of exercise.

To run will be a treat – whether or not you listen to the song.

Although the stimulus of music is ideal for this sort of conditioning – because it is easy to control, and easy to associate with physical activity – you CAN experiment with other types of stimuli as well!

Maybe you have a favourite shirt that would be appropriate to run in. Maybe you can drink your favourite energy drink on your run.

Keep in mind that stimuli which are associated with physical activity WHILE you are completing the activity are the most effective. The more intense the connection with the actual activity, the more effective the classical conditioning will be. And, ultimately, the more you will love exercising!

Finally, realize that lack of motivation to exercise is something that everyone experiences.

But now you’re one of the few who know the secret to overcoming exercise procrastination.

And you can beat this laziness!

Now get out there and go for a run!

Enhance Your Golf And Your Basic Health