Health Repair – What If Health Have been Solved? 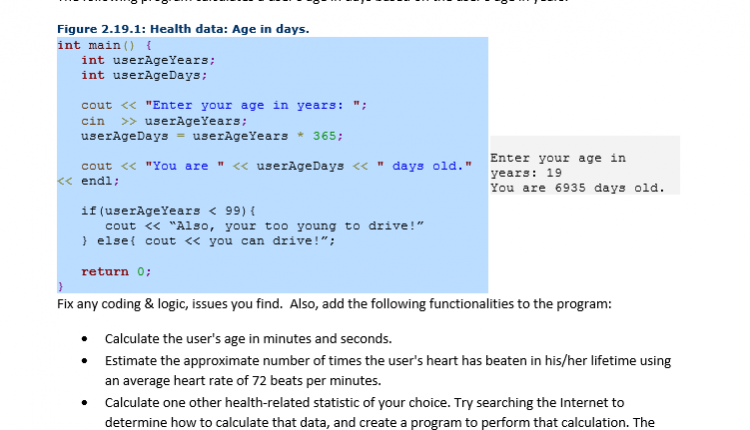 I have always loved to play “what-if” games. “What-if” games have been the great pastime of inventors and business people since ancient times.,”What if we used electricity the same way farmers plow fields, one row at a time? Could we send pictures?”

The guy who invented TV was plowing a field when he had that idea.,”What if there were a computer in every home, and it was running our software?”

Bill Gates wondered that when he was in high school, at a time when computers weighed tons.,”What if we tried to put a man on the moon, and bring him back, in this decade? Could we do it?”

John Kennedy asked that question of NASA in 1961, and in 1969 we did.,So here’s one I bet you have never considered:

“What if fitness were solved? What would that look like?”,Grandma and Grandpa would compete in the Tour de France. The only question for sports would be who’s been training longest, and any of us would be able to do what only the best of us can now do.,If fitness were solved then you wouldn’t go to the gym and say, “I’m looking to get in shape.” You’d go and say, “My left bicep needs to be a half-inch bigger. And I need to lose 5 pounds of fat from just over my belly button, but keep the fat just under my shoulder blades because having it there makes it more comfortable when I lean back in my chair.”,The reason I ask that “what-if” question is that people already treat fitness like it is solved, and it isn’t. Fitness isn’t solved anything like the way Jenner’s smallpox vaccine solved smallpox. I mean, the smallpox vaccine may not be perfect but it sure has a better track record (no pun intended) than any fitness program.,Why?,I don’t know the answer for certain, but I can tell you what I think it is. I think people don’t use the right words. More specifically, they don’t use words that are specific enough.,Fitness is a very broad term and means different things to different people. There’s just no way to be sure that you are achieving what you hope to achieve when you use words that are that broad.,A computer on every desktop–that means something. Pictures transmitted through the air–that means something. But “Fitness”? That doesn’t really mean anything.,So how about this: “A body that performs better than it did last year, runs a mile faster, jumps higher, swims farther, every single year.”,That’s what it would look like. That’s solved.,Until fitness can offer that it’s just one of those words, like the economy or transportation, that means whatever you want it to mean but doesn’t mean anything useful. It doesn’t mean anything you can reliably–predictably–accomplish anything with.,What if there were a word we could use? I’ve got a word for you. The word is bioese. Bio-ese (which rhymes with Japanese) is the language you use to communicate with your body, and that your body uses to communicate with you.,Here’s what solved fitness is like:

–> “Lungs, use oxygen 20% better so that I can load this truck up during the day without being too tired to dance in the evening.”,There are commands that you can give your body. And there are many times when you speak to your body and you speak the wrong language.,For instance, many people go on starvation diets thinking they are telling their body to lose unwanted bodyfat. But that’s not what their body hears. The body notices you are not eating and it hears, “There’s a famine. I need to store up body fat, and lose all this muscle because it uses too many calories.”,Fitness is probably a much smaller problem than transmitting pictures through the air, or putting a man on the moon or a computer in every home. But only if we start treating it like a solvable problem, and solve it.,We can, if we give it the attention it deserves and stop using terms that don’t help us.,”Body Mass Index” is a term that someone came up with to mean, “People can’t be bothered to find out their lean mass and fat mass ratio, so let’s make up a different term that people still don’t understand but that also doesn’t solve any problems for people.”,There are fitness terms that are well understood. If you know them, and use them, you can already achieve results far better than most people imagine. Learn the meanings of terms like Fast Twitch Fiber, Lean Mass, Body Fat Percentage, and Exercise Intensity. And use them.,Fitness isn’t solved yet, but it can be.